For each of the last 46 years, Uwe Reinhardt touched me like a father, a brother, a son, a friend. He walked by my side on every leg of my journey and supported me at every major turning point. These are the remarks I gave at his memorial service at Princeton on April 21 and shared with colleagues via LinkedIn.

Fall 1971. My first exam at Princeton. It was the final exam for Uwe’s Corporate Finance class. The exam was a single assignment.

Handed a packet of financial statements for the near bankrupt American Widget Corporation, “Your job is to ‘cook the books’ in preparation for the upcoming Annual Report.”

I did my best. A week later, the graded exam books were returned. Mine had no marks, no corrections … just a single statement across the front written in red ink and huge letters … “Billy Frist, you will be the world’s greatest SHYSTER.” (I guess he was predicting my Senate career!)

I’m Bill Frist and Uwe is my mentor.

For each of the last 46 years, he touched me like a father, a brother, a son, a friend. He walked by my side on every leg of my journey and supported me at every major turning point. My last heart transplant … he was with me, in scrubs, three feet away, all night, until 4 am. My first date with Tracy, my wife … he and May lovingly holding hands next to us at Nashville’s Bluebird Café (a songwriter haven of country music), Uwe tapping out the rhythm and knowing the words to every song. 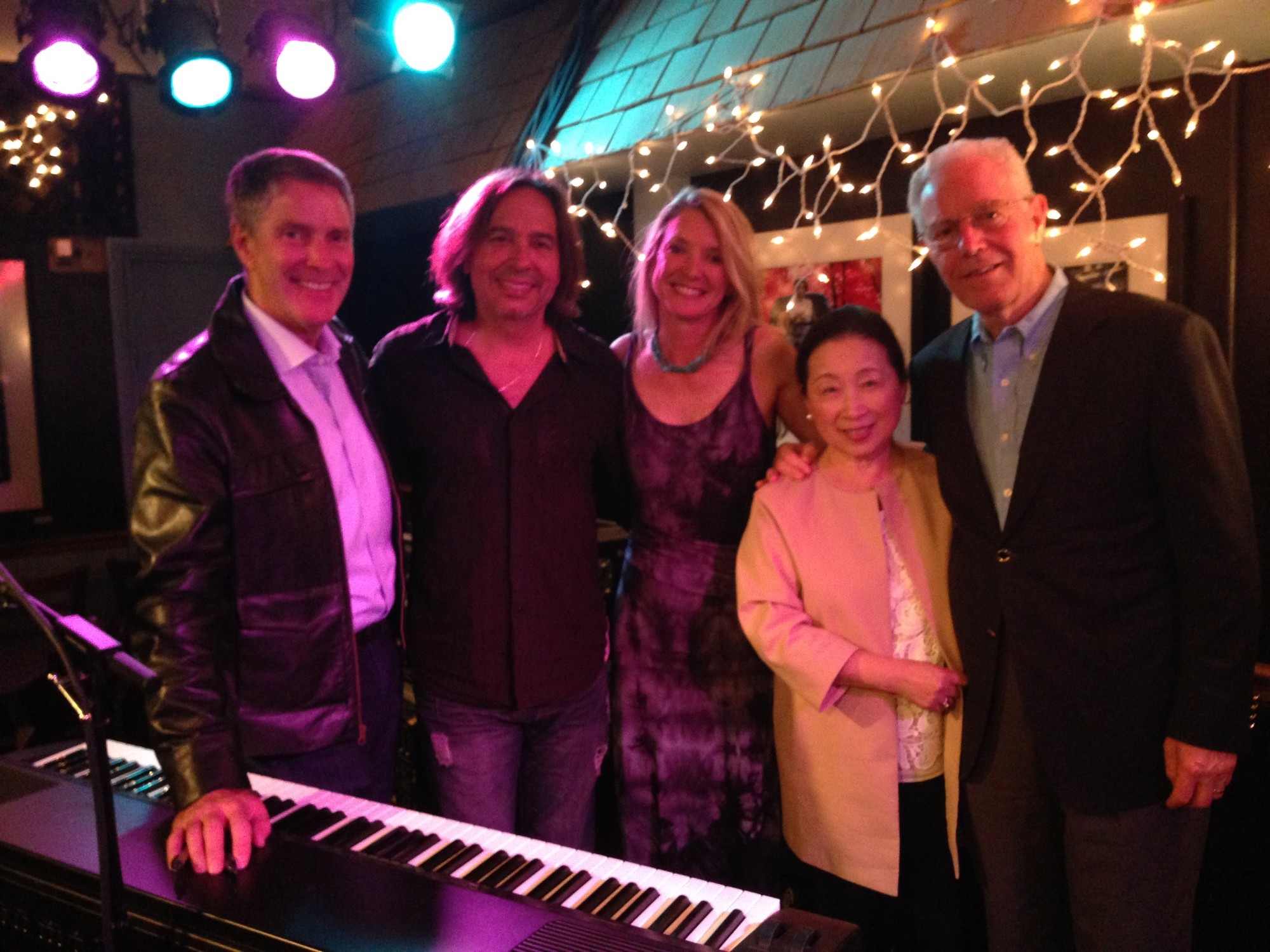 When I was in the Senate, he expertly testified before my Senate committees. After I left the Senate he, the master teacher, taught me how to teach — as we co-led a course for two semesters at the Wilson School across the street. We spoke at scores of conventions shoulder to shoulder. We traveled to South Africa to watch the World Cup. We talked under the stars, beneath the towering California redwoods, and around blazing campfires with our Bohemian Grove camp mates, who loved him so much.

Kix Brooks, of the famous country music duo of Brooks and Dunn, reflects on our time camping together: “I will never be able to sit by our fire without seeing him there with that inquisitive smile, and that joyful light in his eyes, bringing that gift of inquisition that always made me feel that what I did was so important — wanting to know everything about every country music singer that ever lived, and every song that had ever been written, when the truth was, he had learned far more about most than I will ever know. I don’t remember meeting anyone who loved country music more than he did. He was always kind enough to entertain whatever lame question I might have come up with about medical economics, but then he would spin it right back to Johnny Cash, and we would be on common ground again.” 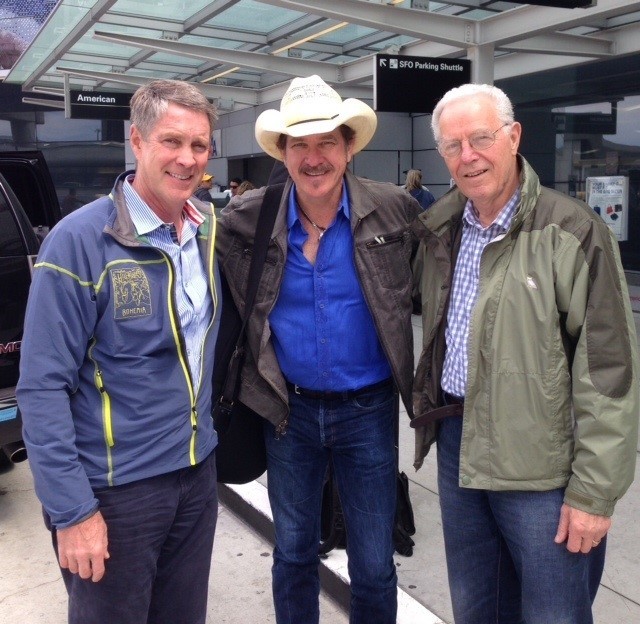 What aspect of life did Uwe not love?

The words: inquisitive, joyful, wanting to know everything, music, kind, common ground. These are the words and the images you will hear again and again in this service — because they are the space that Uwe Reinhardt created for us.

His teaching lives with us.

Uwe was an Honorary Class Member of our class of ‘74 (as well as ‘83, ‘95, 2000). Fellow classmate Matt Singleton laughs when he recalls how Uwe, in his lecture on the “Production possibility frontier in a world of finite resources,” replaces the classical guns versus butter with, yes, marijuana versus beer.

And in Uwe’s lecture on Jimmy Ling and his conglomerate Ling Temco Vought (LTV), the issue was pumping up EPS artificially through a long series of leveraged acquisitions. Uwe referred to their products in meatpacking, sporting goods and pharmaceuticals as “meatballs, golf balls and goofballs.”

David Luther, Class of ‘74, an engineer who traded his Thermodynamics course to take Uwe’s popular course says, “I have used what I learned in that course more than any other I took in college. Uwe made seemingly complex problems easy by breaking them down to the most crucial factors to be considered. One of the most memorable was his analysis of why the Lockheed L-1011 plane could never make money for the company. With concise logic at the blackboard he showed that there was not enough demand for this plane for the standard learning curve to improve productivity to the point of profitability. After 45 years this example is still vivid.”

And then there were the colorful but critical accounts of aggressive tactics of overzealous insurance salesmen of the day who, in Uwe’s image-provoking words, “pinned down prospects and stood on their shoulders with their fancy winged tip shoes.”

Duncan Chapman says: “Such a wonderful, kind, fun and amusing campmate (Hill Billie). I loved his stories — meeting American Army soldiers during WWII in Germany, with his brother as a curious 10-year-old, his first time smoking — he vomited after two puffs on a Lucky Strike. His intelligence, wisdom and curiosity. An original, with a ready smile and laser focus…”

Uwe loved his family. Dirk, Mark and Kara would be weaved into almost every conversation. And there literally was not a talk or a speech I can remember that did not have May the central character — highlighted with unabashed affection and love and wit and admiration and respect.

Uwe taught and lived with a powerful sense of justice.

His favorite class we taught together on health policy was the one on ethical decision making. He taught accounting as a class on national morals. He consciously transformed raw data into moral imperatives.

He is, as Drew Altman of the Kaiser Family Foundation said, “the moral compass for American health care.” He attributed this sense of justice to growing up poor in a tool shed without electricity, water or money — but secure in that in Germany he and his mother had health insurance just like everyone else. A nation’s health system should reflect the values of its peoples, he would always remind us.

Uwe imaginatively captured the minds and hearts of generations of students and friends. His content was economics and policy. His style was wit and justice. His engagement was charisma and humility.

His gift to each of us is creation of a “forever space,” a space that he totally occupies, a space that is with each of us today, in this chapel, a space next to our hearts that we carry with us forever. That beautiful space inspires us each day, to do good … and to make a better world for generations to come.